Login  Sign up
Press Room 2021
Select Year
Infibeam Avenues Collaborates with Bank Muscat, Oman's biggest bank, to offer high-end PG services to merchants in Oman
Published by Equity Bulls  | 23rd November, 2020
Leading global Financial Technology (Fintech) solutions provider Infibeam Avenues Limited ("Infibeam" or "The Company" or "IAL") (BSE: 539807; NSE: INFIBEAM), in a move aimed to offer next-gen payment processing services under the flagship brand CCAvenue to merchants in Oman and to give a boost to the eCommerce sector in the region, announced its collaboration with Bank Muscat, Oman's biggest Bank. With this move, Infibeam Avenues' has accelerated its move further to widen its footprint in the Middle East.

CCAvenue.com has already established itself as a leading digital payment facilitator in the UAE and Saudi Arabia. With this tie-up, the Company will consolidated its presence in Oman and establish as one of the leading fintech player in digital payments and enterprise technology provider in the region.

The Company has entered into definitive agreement with Bank Muscat, to offer its acquiring processor services to the bank. Under the agreement, Infibeam Avenues, through its digital payment solution, CCAvenue Payment Gateway Service (CPGS), will process online card transactions of various payment networks for Bank Muscat and help the Bank to authorize online payment for its merchants which intends to boost fast growing eCommerce sector in the region.

Bank Muscat has been closely associated with the progressive march of the nation, participating in a variety of development projects and initiatives aimed at boosting Oman's economy.

Mr. Amjad Al Lawati, Assistant General Manager - Cards & eBanking at Bank Muscat, said: "At Bank Muscat, we are mindful of our reputation as the biggest bank in Oman. So we believe in staying at the forefront by providing the best possible services to our customers by deploying cutting edge technologies in a timely manner. We have now partnered with Infibeam Avenues and launched the next level of payment processing services to the eCommerce industry in Oman. This will help merchants using our new system to provide a next-gen online shopping experience to their customers in Oman."

"Oman is an important market in our endeavour." Says Vivek Nayak - Group COO, Payments Division - Infibeam Avenues Ltd. "Our partnership with Bank Muscat; the biggest Bank in the country, is a right synergy. Today merchants in the region are asking for a top of the line payment system which is full of innovative and useful features. With CCAvenue, we are offering these extra features that legacy payment systems have long failed to provide. The numerous Industry Innovation Awards that CCAvenue has consistently won in the past few years stand testimony to our reputation as one of the most advanced PGs in the region. This reputation, when coupled with our two decade old experience in this complex business, has resulted in an enviable track record of successful partnerships with numerous banks. It makes CCAvenue the PG of choice to partner and grow the eCommerce business."

In Oman, the use of payment cards is gradually rising. Despite the overall card use in the country being lower than many of its peers, a number of initiatives by the Central Bank of Oman (CBO) has encouraged adoption of payment cards in the country. There has been a significant improvement in the payment infrastructure along with the new technology advancements such as contactless and EMV modes, Sharia-compliant cards, as well as the government's promotion of electronic payments. There is nearly 150% mobile penetration in Oman. Over 80% of population in Oman use internet and over 70% of mobile connections are broadband. The increasing popularity of e-payments is expected to drive card payments in Oman in the near future providing an opportunity for Infibeam Avenues to expand its digital payments footprint there as an early entrant.

Infibeam Avenues limited, is one of the top online payment solution providers in India in terms of revenue market share and profitability. It is making strong inroads in high opportunity sectors and select international markets. The company has broadened its digital payments solutions footprint in the international markets through acquisitions, collaboration and tie-ups with leading banks in the Middle East region especially, in the regions where there is significant opportunity to further boost the margins. The Company has made strategic alliances and investments in high-growth opportunities in the UAE and the Kingdom of Saudi Arabia.

Shares of Infibeam Avenues Ltd was last trading in BSE at Rs.84.8 as compared to the previous close of Rs. 82.05. The total number of shares traded during the day was 50707 in over 429 trades. 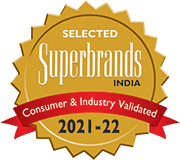